This morning I went for a run in Central Park. I took the 1 train to Columbus Circle and started at the South West side of the park. In the middle there is a reservoir along which is a running track. I always thought that a lot of people run along the Maas, Noordereiland and the bridges in Rotterdam, but here in Central Park it is massive.

One of the runners started a conversation. He recognized where I came from (I weared my Marathon Rotterdam 2010 shirt, which says “Nederland” at the back), and we ran together. It is fun to run along the park with a New Yorker who is training for the Paris Marathon April 15th, same day as our Rotterdam Marathon. It was a very good workout for me. 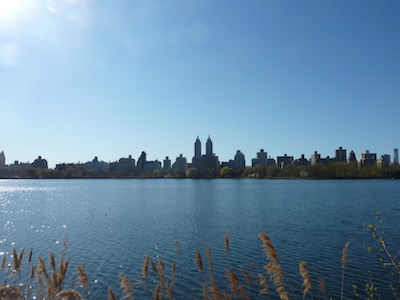 While running we were talking about our professional background, and it was very nice to hear that he’s a scientist and that he studied applied mathematics. I already told him that I was in NY for acting, but now it was my turn to tell him that I also studied astronomy and physics, and that The Story of The Einstein Girl is a product of these interests.