From 7 to 9 pm this evening I attended a lecture class at The Lee Strasberg Theatre and Film Institute. It felt good to be back and to see the school again from the inside. After nearly two years I went back to attend a class of David Strasberg himself, the youngest son of Lee Strasberg. He talked about the business and showed us a tape where Lee lectures about the development of the actor. David Strasberg is the Creative Director of the Lee Strasberg Theatre & Film Institute in Los Angeles. Two of my Summer Intensive teachers were there: Bill Balzac and Ted Zurkowski. Bill recognized me, and next week I’ll be seeing Ted performing with his band. It was also very nice talking to a few people who study there now.

This afternoon I also attended my last trial class at the HB studio: Performance Lab – New Plays. The teacher is Amy Wright, a very nice woman with an impressive track record (she played in The Deer Hunter). Several students were reading plays of the playwrights who were in class too. Some were more interesting than others. Firstly because of the content of the plays, and secondly because of the way it was read by the students. There was a girl from Sweden who was reading with a very pleasant and beautiful Southern Accent as the playwright asked for.

Yesterday I attended another diction class of Ruth Berkowitz in which the t’s and the ng‘s were subject. Everytime I trial a diction class I learn so much. The tip of the tongue when pronouncing the t in English is further back in the mouth than in the Dutch or German language. Many things in these classes remind me of the lessons I’ve taken with Mieke Werger, who was my private speech and singing teacher from 2001 to 2006. 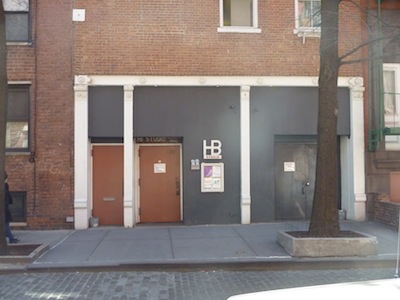