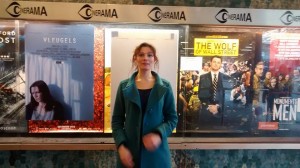 It was the first time that I saw m 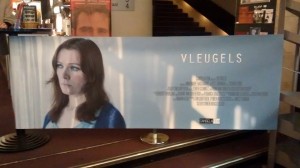 yself playing the lead role in a movie, and it was quite an experience. There were mixed feelings, because apart from the beautiful shots, sound and acting in a great film, I’m still watching myself. And that’s not very relaxing, I can say. Maybe it’s something you have to get used to 😉 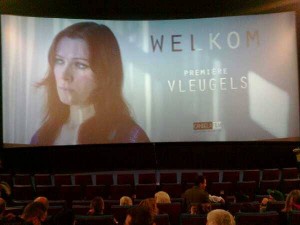 I’m thankful to the team of Vleugels for giving me this very special experience. They did it. They succeeded in bringing the film to Cinerama in Rotterdam, complete with a red carpet.

This morning when I woke up I felt the heavy weight of me falling into a black hole. The premiere was yesterday, the nerves were enormous and this morning I woke up and I felt empty. That was it. That was the project Vleugels. And the premiere went by so fast.

The next step now is that the film is going to be sent to film festivals all over the world. Hopefully we will get the chance to see it once again on a big screen. Because I definitely want to see it again.

Our director Symen Hoogesteger was followed by TV Rijnmond yesterday. You will find the link to the video here: