A small note in addition to my earlier message that I wrote on Saturday night. I just found out that both auditions I went in for on Saturday paid off. I booked a small role in a feature film that will be shooting in New York at the end of the week. And I booked the role of a Satmar Hasidic woman in a staged reading at the WorkShop Theater Company, on Sunday, September 25, at 6pm. It is a true honor to be working with director Robert Kalfin (yes, google him!!!) on two well-written one act plays by Jack Feldstein (google him too!). I am so grateful for these amazing opportunities. And I want to give a very special thanks to my fabulous acting teacher Alan Gordon who has been working with me preparing for my auditions since I moved to New York and who I can call any day and time for advice! 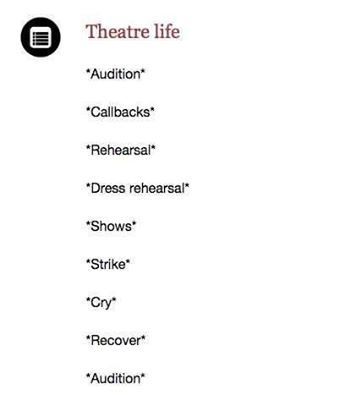